On August 18, under the guidance of the Ministry of Industry and Information Technology, the "2016 Global Virtual Reality Industry Research Report" prepared by the Institute of Electronic Science and Technology Information was officially released at the iWorld2016 Digital World Expo - VR/AR Leaders Summit. 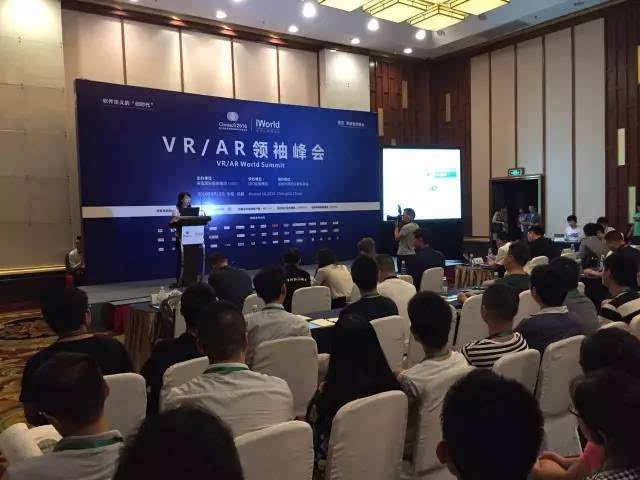 The leaders of the Department of Informatization and Software Services of the Ministry of Industry and Information Technology gave careful guidance to the report. Academician Xie Shaofeng and Academician Zhao Kuiping prefaced the report. The report also received strong support from HTC, Heyi Group (Youku), Lanting Digital, Storm Mirror, LeTV, and Iqiyi. 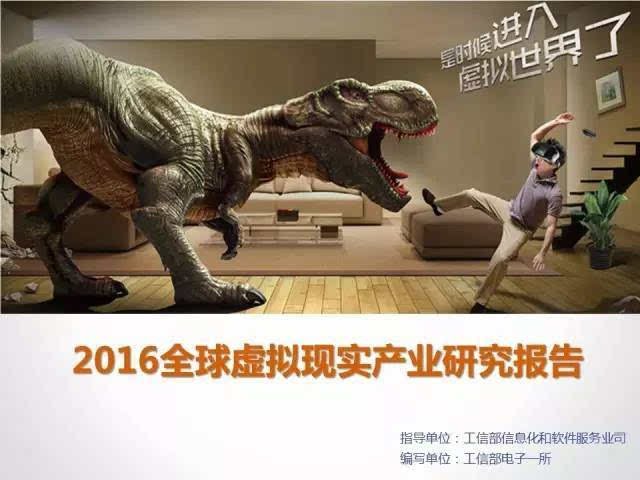 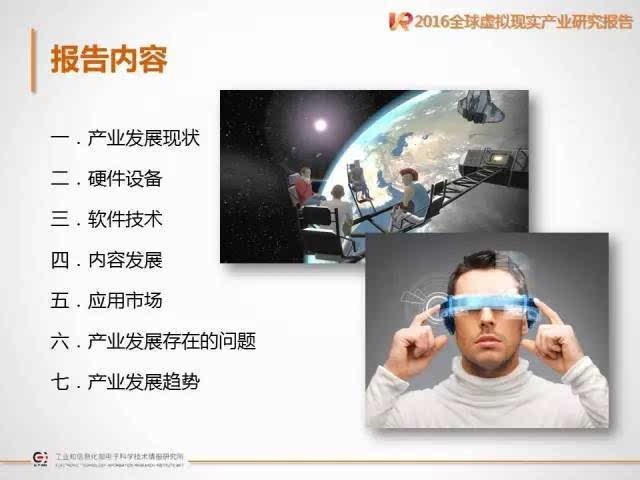 From the current state of industrial development. The global VR industry has grown from 1963 to the present and has experienced more than 50 years of development. It has gradually entered the initial stage of industrialization with HTC, Microsoft, Facebook and other large-scale technology giant hair force VR as a symbol. A series of excellent products such as HTC Vive, Oculus Rift, and Storm mirror emerged. 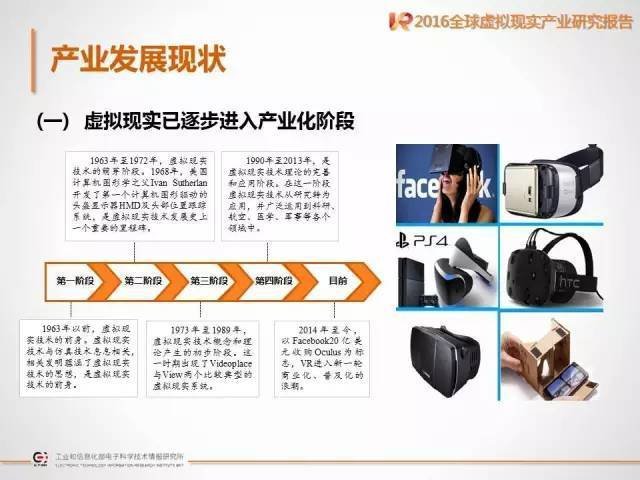 With the continuous optimization of global policies, economic, social, and technological environments, the global VR industry has grown at a rapid pace. 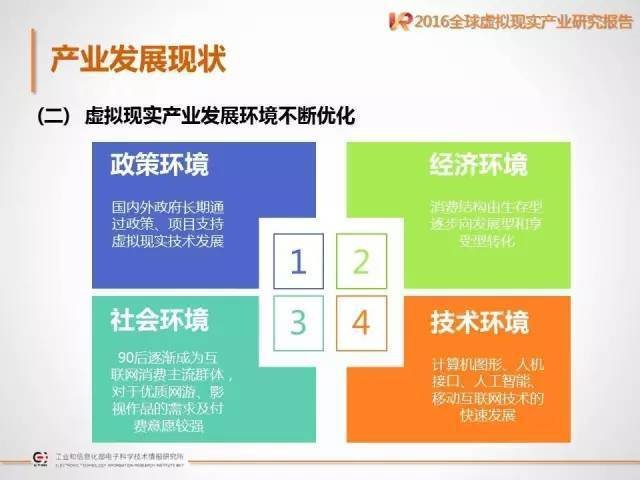 Research institutions such as Goldman Sachs, Deloitte and IDC have made more optimistic expectations for the global VR industry. 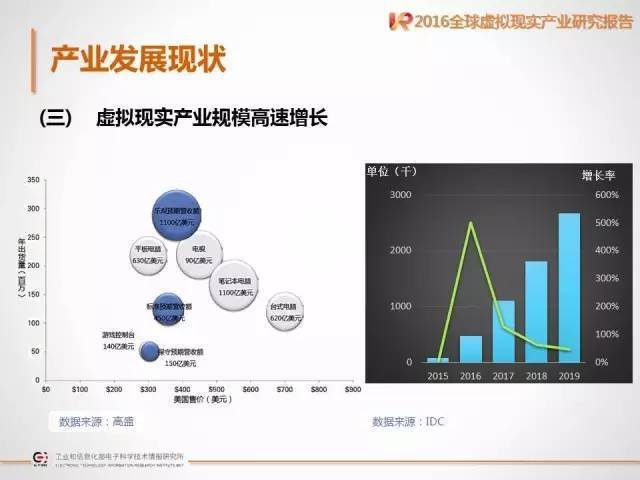 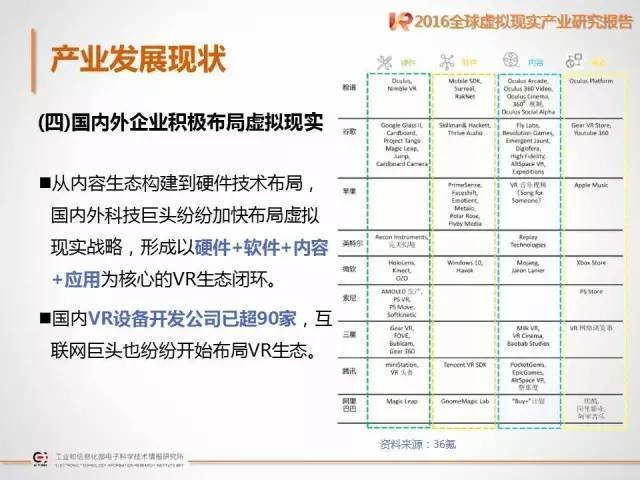 It is particularly worth mentioning that China's VR industry is also in a stage of rapid development, and a sound industrial chain is gradually being formed. 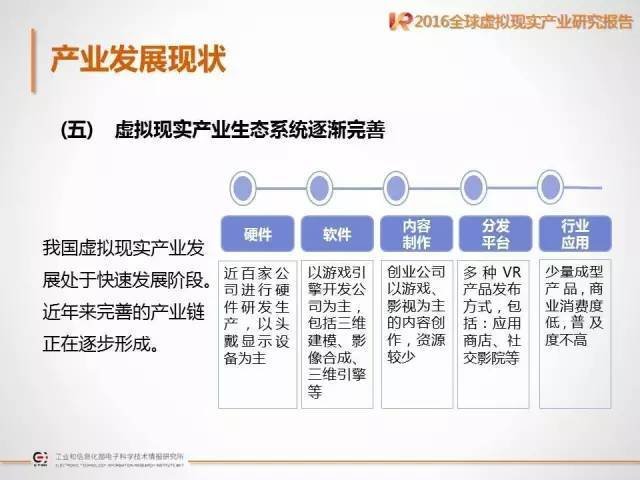 From the development of hardware devices. Since 2015, a large number of VR devices have emerged and the products have been accelerated. The development of VR headsets used with PCs or consoles is relatively mature and currently dominates the mainstream. The mobile terminal used with mobile phones is the closest to the consumer's product form, and has a broad market prospect. The VR all-in-one is limited by the technical threshold and high cost, and it will not become the mainstream form of VR hardware in the short term. 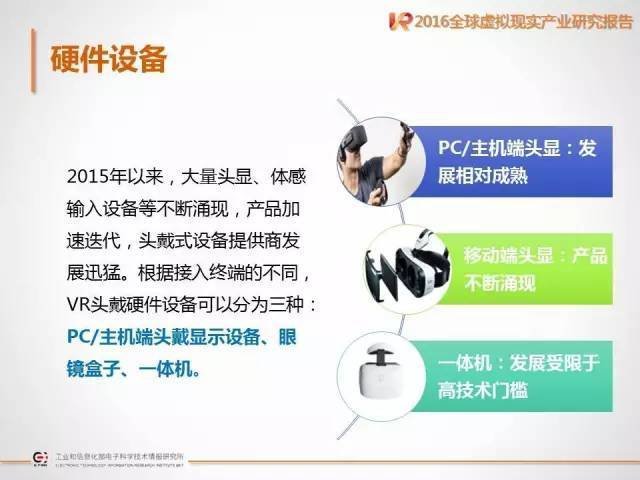 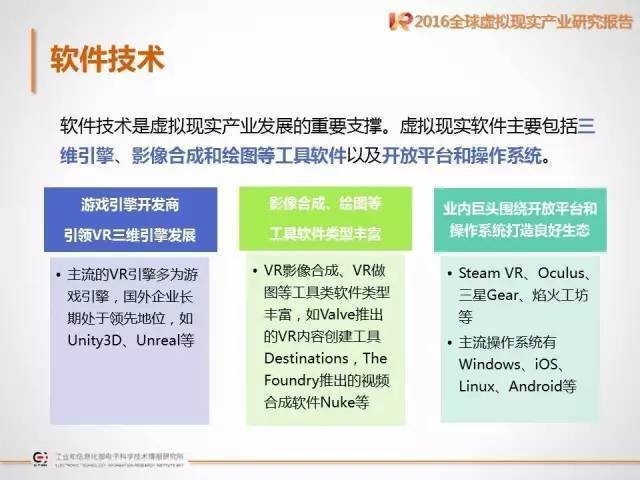 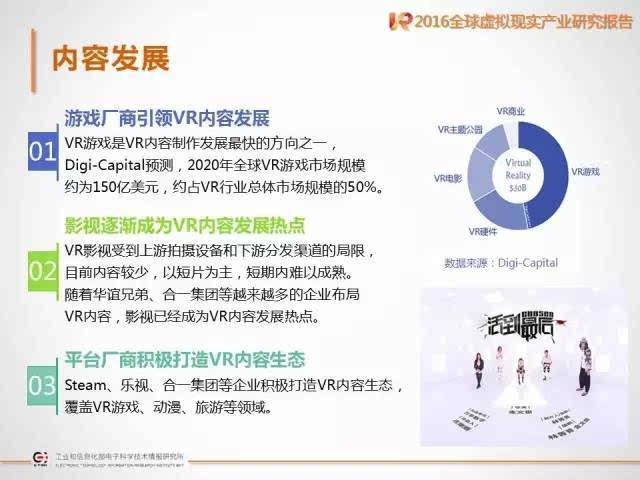 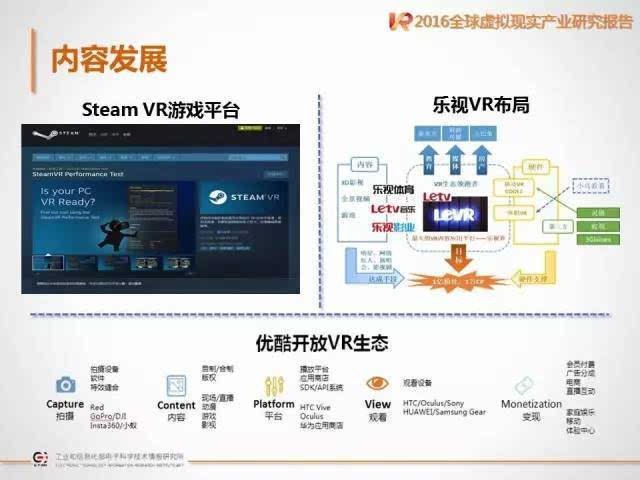 From the perspective of VR application development. VR is subverting and creating new markets. First of all, the application of VR in the military field has been promoted by the public sector and is relatively mature. 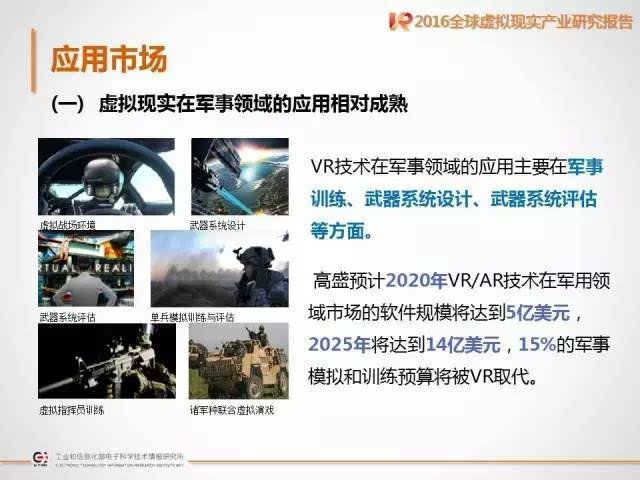 Second, the application of VR in real estate, education, medical, and other industry-level applications is gradually gaining popularity. 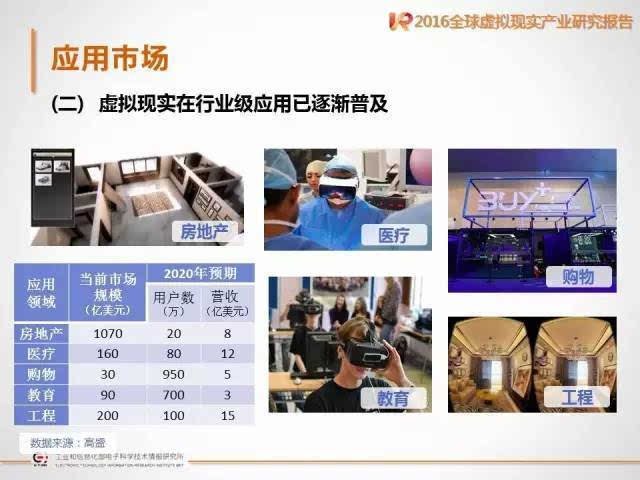 Finally, VR is slower to use in consumer applications such as video and games. 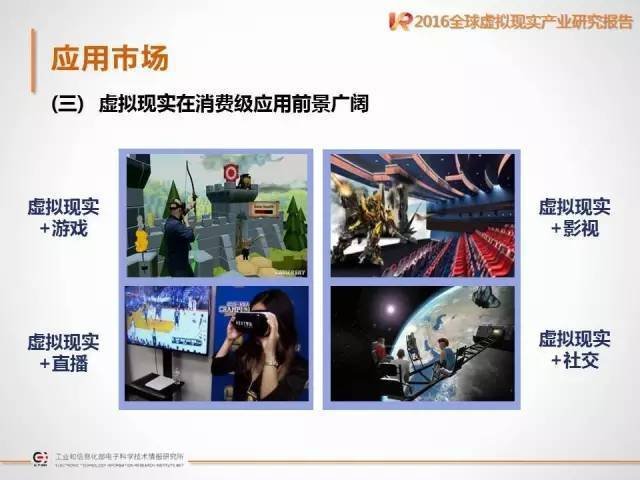 Through the comprehensive review of the VR industry, we believe that the current VR industry development has the following problems: First, the graininess caused by the lack of screen sharpness, vertigo caused by the delay of the screen and other issues directly affect the user's actual experience; Second, the VR content Slow production has seriously hindered the ubiquitous adoption of VR. Third, VR devices require high performance of supporting terminals to limit the application of VR technology. Fourth, the lack of VR related standards increases the difficulty of product adaptation. Fifth, a large number of key technical problems have not yet been solved. Under the premise of conquering, the industry excessively advocated the vitality of the industry to a certain extent. 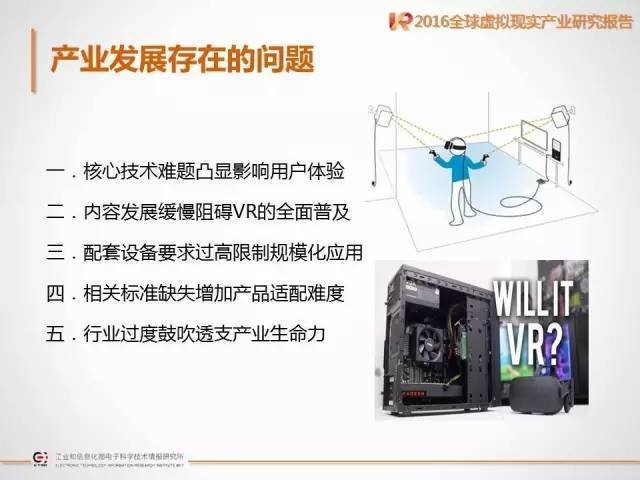 Although there are still some problems in the current development of the VR industry, we should see that as the technologies continue to mature, the VR industry is entering or is about to enter a period of great development. In the next 3-5 years, the global VR industry development is expected to show the following trends: First, based on the huge user size and low-cost investment in mobile phones, the application prospect of mobile VR is better than that of PC; second, the demand for VR content production market is large, and the threshold is high. Low, is expected to become a new focus of attention in the industry; Third, with the steady increase in VR hardware penetration rate, offline experience as an important realization of VR business model exports will boost the VR industry to accelerate landing; Fourth, with the VR equipment With continuous improvement and large-scale distribution of a large number of technology giants, it is expected that the VR industry will enter into a large-scale development in about five years. 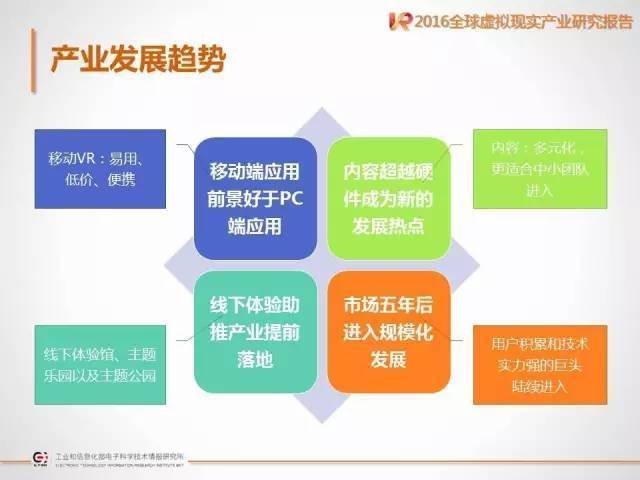 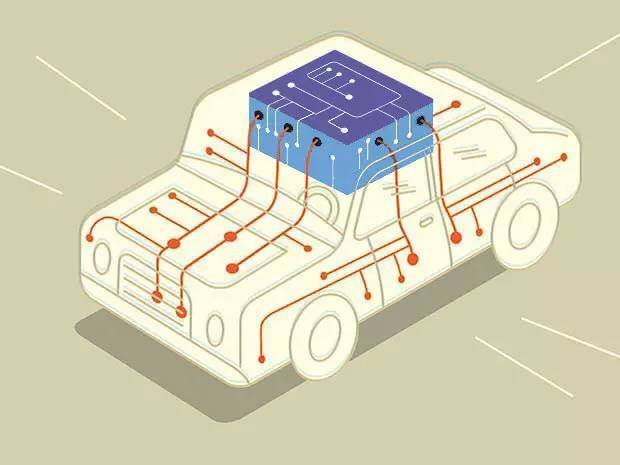