According to experts in the wireless field, it is expected that by 2020, 5G cellular networks will be expected to produce two new null intermediaries and new antenna designs based on emerging Massive MIMO technology. At the same time, LTE will break through the Gbit/s bottleneck.

At the 'The Future of Wireless Summit' held by Wi-Fi operator Quantenna, Kenneth Stewart, Intel's chief wireless technology expert, said in a keynote speech, "We should develop a new air for the millimeter wave band. Interface. At the same time, there should be some opportunities for another empty intermediary for accessing the Internet of Things (IoT)."

Stewart suggests that in a wide range of IoT areas, some devices can benefit from tailored empty intermediaries, such as those that don't have to be synchronized before transmission... We want to see innovations for specific use cases.

Stewart believes that LTE and WiFi will continue to exist for a long time after the emergence of 5G. He introduced a 2020 wireless chip concept (Figure 1): Using a full set of 3G, 4G and 5G interfaces, in addition to 802.11ax Wi-Fi and Bluetooth 5.0, it supports up to 60 LTE bands. "We think there is basically no difficulty in launching such a device." 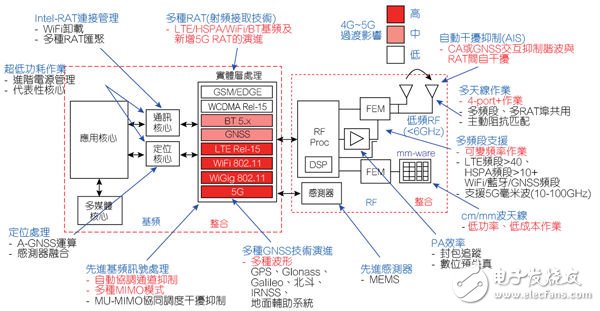 Figure 1: Conceptual diagram of the wireless chip in 2020.

He also encourages everyone to invent a killer phone that is suitable for using this chipset: "What we still lack is a device or user experience for 5G networks, just like the iPhone's push for 3G or 4G networks - it must first Deploying these networks. We haven't seen any devices that can take advantage of the future of 5G networks. We think there is a great opportunity to find and provide such devices."

The experts at the conference generally agreed that the progress of 5G will mainly depend on the millimeter wave frequency and the use of large-scale MIMO antennas. Stewart emphasized that "the main benefits and advantages of 5G depend on the application of millimeter waves in the 28 GHz to 90 GHz range."

Intel has moved in this direction to launch a 60GHz WiGig product called Maple Peak. This product is mainly used in the wireless notebook docking station, using a 2 & TImes; 8 flip chip bonding antenna array. â€œThe challenge is mainly in efficacy, and there is still a lot of basic work to be done in this area.â€

The ITU has set a series of targets for 5G networks (see Table 1), including data rates exceeding 10 Gbit/s for certain services. "We believe that Wi-Fi and LTE in the millimeter wave band can achieve this goal."

Stewart expects LTE to reach the Gbit/s data rate in the next decade. "If you are lucky," mobile phones will also be able to send and receive data in technologies such as massive MIMO in the same frequency band.

Thomas Marzetta, a scientist at Bell Labs, known as the 'father of massive MIMO', introduced the latest research on this technology in a panel discussion at the conference. One of the experiments successfully used 675 antennas to provide Gbit/s rates for 10 users. Another experiment provided 5Gbit/s for each user in the same cellular network, even at the edge of the cellular network.

"We haven't heard of using relatively smaller spectrum," Marzetta said. "After all, a 10x improvement is not easy to achieve, and massive MIMO can easily be upgraded even more than 10x, without the need for complex signal decoding."

Massive MIMO technology is expected to phase out point-to-point MIMO systems in use today, and may no longer require the use of small cellular base stations, Marzetta points out, "I think LTE and Wi-Fi may have to be prepared if they cannot transition to massive MIMO. I am in the market in advance."

However, Stewart pointed out that there is still a lot of daunting challenge to build such an antenna array with consistent performance at a lower cost. "There is still no effective communication between the information theory and the construction team for this technology. â€

Marzetta also said that massive MIMO is still a research topic in his parent company, Alcatel-Lucent. The small honeycomb base station is still an important foundation for the company's development strategy.

Arogyasawami Paulraj, a professor at Stanford University who has the title of 'Father of MIMO', said that today's 802.11ac can support multi-user MIMO in the downlink channel, but companies such as Quantenna must promote support for the uplink to meet applications such as stadiums. .

Emerging massive MIMO technology is the key to beamforming technology in millimeter wave transmission. Millimeter waves can pass through obstacles such as plants that can attenuate signals by 8 to 10 dB, Paulraj points out. He said that he has already consulted with US regulators on the revisions to the procedures required to support millimeter-wave beamforming.

In a 5G network, data may be transmitted over wideband millimeter-wave channels, while control signals go slower on 3G networks, he adds. â€œBut no matter what the problem is, the millimeter-wave frequency will definitely be applied, although there may be times when there is a large throughput at the beginning.â€

Intel's Stewart and Paulraj agree that 5G will be made up of multiple technologies, including massive MIMO LTE, multiple Wi-Fi, and even Bluetooth.

"The driving forces of 1G, 2G, 3G and 4G come from the growth of spectrum efficiency and throughput, but 5G is more focused on the integration of multiple spectrums and technologies to provide users with a unified network interface," Stewart said. To integrate all technologies into a single process in the upper layer network, there are still major challenges."

Figure 2: With the rise of the new 5G network, the existing air intermediaries will continue to be used for some time.